7 of the best books set in Paris

Paris is a city with a long literary history with many famous authors passing through its iconic streets over the years. In part due to this, the city plays a key role in many classic books. We’ve compiled a list of some of the best books in English and French that have been set in the City of Lights to add to your reading list. 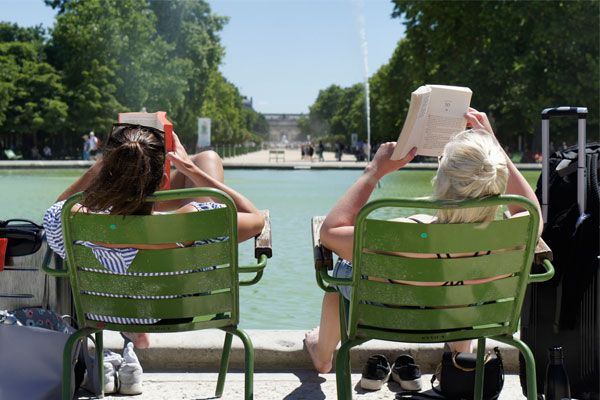 Victor Hugo is one of the biggest names in French literature who is famously known for Les Miserables. The iconic piece of fiction, the Hunchback of Notre Dame, is set in the heart of medieval Paris where we follow the tragic story of Quasimodo, Esmerelda and Claude in an epic melodramatic love story. The range of characters symbolise a whole people: from the King of France to beggars living in the sewers. The tragedy speaks clearly of the Revolution and social strife, destiny and free will, love and loss. The Cathedral of Notre Dame is essentially a character in the book through Hugo’s beautiful descriptions of it.

2. All the Light we Cannot See – Anthony Doerr

This novel is set during World War Two in occupied France. It focuses on a young blind French girl and an orphaned German boy. The protagonists strike up an unlikely relationship as she lives under German occupation and the boy is enlisted to try root out the Resistance. Within the novel there are some extremely sensually evocative descriptions of Paris. The book won the Pulitzer Prize, as well as many other awards, and it was on the New York Times bestseller list for 130 consecutive weeks.

Want to live near the Museum of Natural History in Paris too? Click HERE to see Lodgis’ list of apartments near the museum!

The main character, Jean Perdu, owns a floating bookshop on the river Seine. His knowledge of literature has given him a great ability of knowing exactly what book people need in that moment, instead of what they want. The irony is that the only person he can’t help is himself. He opens a long lost letter from a previous lover and he wants to fix the situation so heads off down the Seine. This light-hearted, charming novel is a New York Times bestseller.

Want to live near the Seine in Paris? Click HERE to see Lodgis’ list of apartment’s near Paris’ famous river!

The novel is set in the mid-nineteenth century in an innovative new place for the time: a department store. The store is actually modelled on Le Bon Marché which still exists today. The shop has everything you need under one roof which is revolutionary at the time and which doesn’t help the smaller, independent shops. It highlights the rapid development of 19th century Paris which saw a changing society, changing class relations and a rise of the bourgeoisie.

A Moveable Feast is a memoir by the famous author Ernest Hemingway about his time spent in Paris in the 1920s. He talks about the struggles he faced as a young migrant journalist and writer living off minimal amounts of money. His experiences in Paris played a key role in his development as a writer. Paris is brought to life through his specific detailing of addresses for bars, apartments, cafes and hotels, as well as his descriptions of his daily activities. There are multiple references to his contemporaries who were also in Paris at the time who have largely gone on to become celebrated names in the world of art and literature. The book stars people like F. Scott Fitzgerald, James Joyce and Ford Madox Ford, just to name a few.

6. The Elegance of the Hedgehog – Muriel Barbery

The book is set in a building situated in the prestigious 7th arrondissement and it follows the life of two women: Renee, the concierge, and Paloma, a genius 12 year old. Both of them are hiding their pain and intellectual talents from the other residents of the building. A Japanese man, Ozu, arrives in the building and sees through both of their façades and the story unravels from there. This critically acclaimed novel is a great read and it is extremely popular with it staying on the country’s best-seller list for 102 straight weeks from its publication.

The story begins in Paris in 1940, during World War Two, just before the Nazi occupation of the city and other parts of France. It follows the stories of several Parisians trying to flee the city before the occupation. The story is made even more poignant as the life of the author was affected by the events as she was deported to Auschwitz in 1942 where she died. The book remained unknown for 64 years until it was discovered and published in 2007 to deserved acclaim. 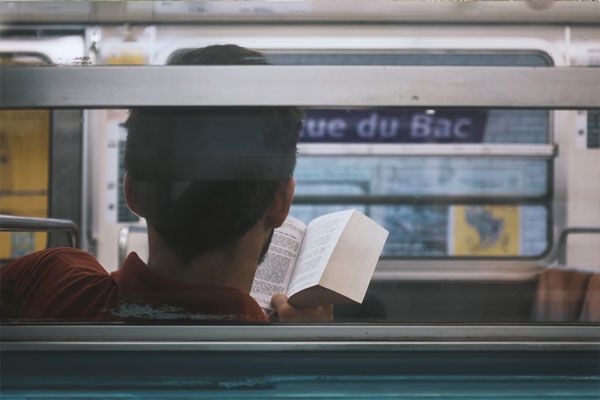 We hope that this list of books has inspired you to find the next book to read during your time in the French capital. While reading them, try to note down some of the places referenced so that you can check them out for yourself!


Are you interested in more forms of art than just literature? Then you’re sure to love our article about films set in Paris