For British expats living in France, Brexit is especially stressful. With so many unanswered questions, it’s hard to know what to expect. Will you still be able to live and work in Europe without a visa? Can you still access free healthcare? Will you have the same rights as before? What is going on? While it’s currently impossible to say for sure what will happen, we’ve done our best to create a guide to explain just what is going on, and the likely consequences for British expats in France. Here’s the situation as of 5th April:

What has happened so far?

On Thursday 23 June 2016, the UK held a referendum on whether or not to remain a part of Europe. The result was that almost 52% of British voters wanted to leave, and so the process began… 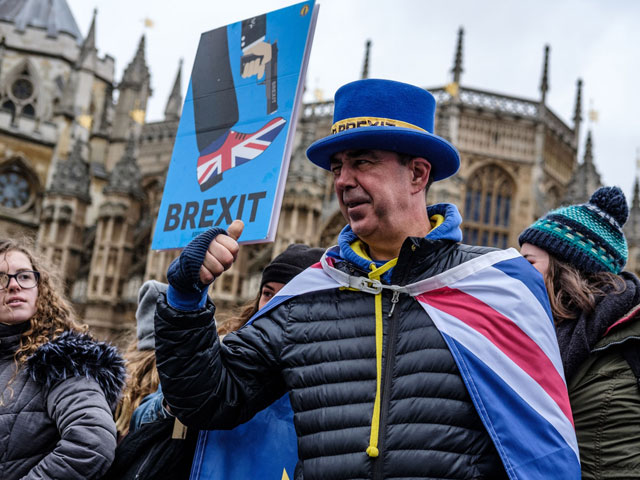 The British Prime Minister, Theresa May, triggered Article 50 in 2017, meaning that the UK was officially leaving, and the European Union have been in talks ever since trying to negotiate a Withdrawal Agreement. This agreement covers key aspects of the leaving process, including how much money the UK needs to pay the EU in order to leave, what will happen to other European citizens currently living in Britain, and to British citizens currently living in Europe, and how to avoid creating a hard border between Northern and Southern Ireland.

Theresa May drew up a deal with the European Union that proposed a solution to this problem. It included a sort of safety net called the ‘backstop’: as a last resort, Northern Ireland would remain in the European customs union, so that trading between the two sides would go on as normal, until eventually a better solution could be found. The problem was that this didn’t suit many ‘hard brexiters’ in the government, who felt that this left Britain attached to and controlled by Europe indefinitely. Consequently, when the deal was put to British parliament, it was rejected. After some more persuasion and campaigning by Mrs May, she held another vote in parliament, and the deal got rejected again. The original deadline for an agreement on the deal was the 29th March, but instead, on that day, a third vote on the deal saw it rejected once again.

Therefore, the European Union allowed an extension of the deadline to 12th April, by which time the British government had to come up with another solution. There were a series of votes in parliament proposing several new solutions, including a second referendum to let the British people decide. However, none of the suggestions got a majority of votes, and so none could go ahead. Britain has now asked for another extension on Brexit until 30th June, during which time they could miraculously come to an agreement, or they could leave without a deal. So, basically, nobody really knows what will happen.

Ok… But what does this mean for me?

It’s hard to say for certain, but here are the most likely outcomes:

The good news is that France have put in place a contingency plan to protect British citizens currently living there, even if there is no deal. It gives Britons a period of time, probably a year, before any Brexit measures come into place. During this time, British people who have lived in France for more than 5 years could apply for French citizenship or for permanent residency, allowing them to stay indefinitely. Those who have lived in France for less than 5 years will probably need to apply for a residency card which gets renewed every year. All of these processes would be made easier and more lenient for British citizens living in France than for other non-EU nationals.

If you are a part time resident in France, for example if you have a second home there, you will probably not be able to stay there on holiday for longer than 90 out of every 180 days. Technically, this was already the case, but until this point it was very rarely enforced. If you wanted to stay for longer, you would need to apply for a long stay visa before you left for France, and you would have 2 months having arrived to apply for a residency card. Unlike current legal residents in France, you would probably not have any sort of priority over other non-EU nationals, and would have to meet the same requirements as someone from Australia, Morocco, or any other non-EU country.

Those who want to move to France in the future

People wanting to move to France in the future will probably need to apply for a long term visa, and as with part-time residents, would then have two months to apply for a residency card having arrived. There are many different types of residency cards, with varying requirements, costs, and lengths of stay. Have a look at this website to see what’s what.

Can I still go on holiday?

Basically, yes. The European Commision has said that British holiday makers won’t need a visa to travel to countries inside Europe, deal or no deal. However you will probably have to get a visa waiver, which would cost about £6 and last for 3 years.

Pre Brexit, this card allowed britons to access free health care in France, but if there is no deal, the EHIC card will no longer be valid. To be safe, it’s been advised that if you’re planning a trip, you take out travel insurance that covers health, as you would if you were going to Switzerland, Norway or Iceland for example.

So the take home message here is that if you wanted to move to France, to be safe and if at all possible, become a legal resident there before the final Brexit date (although if there’s no deal then that could be as early as the 12th April). Otherwise, be prepared to go through the same process as any other non-european citizens in applying for a residency card. This is all heavily dependant, of course, on the deal that is eventually reached. Remember that if a deal is reached, nothing will happen until the end of 2020, and if not then France will provide a grace period for those already living there, so don’t panic just yet! For more, have a look at this government website which has a whole section dedicated to the issue.

Want to know more about being an expat in France? Check out our article on advice for expats in Paris.