In Living in Paris, Parisian Lifestyle, What to do in Paris?

You might be aware that France is the birthplace of cinema thanks to the Lumière brothers in the late 19th Century, but did you know that Paris has the highest density of cinemas per inhabitant in the world? In this article we take a look at some of its most iconic movie theaters and explain how to find out about what’s on in the capital.

Founded in 1938, Le Champo is an art-house cinema in the Latin Quarter that famously attracted cineastes of the “Nouvelle Vague” in the 1960s and 1970s, including François Truffaut and Claude Chabrol. Its notable features include a traditional art-deco facade and an eccentric upstairs screening room that uses a periscope-mirror projection system. 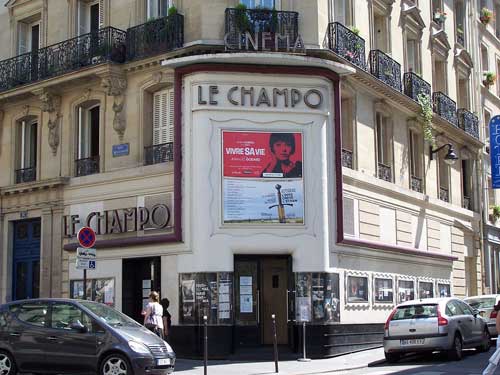 This historic venue was opened in 1907 in a former gym for students of the Sorbonne. It was bought out in 1929 by Pierre Braunberger, a pioneering producer during the “Nouvelle Vague”, who managed Francois Truffaut, Jean-Luc Goddard and Alain Resnais. This movie theater, which is considered to be one of the oldest in Paris, continues to run as an independent revival house.

Opened in 1932, Le Grand Rex is an extraordinary art-deco construction with a neon glowing tower that you’ll spot from miles off. Boasting 2800 seats, its « Grande Salle » is the largest screening room in Europe. The building was temporarily seized by German soldiers during the Occupation and is now listed as a National Monument that consists of 7 screens, a concert hall, museum and underground nightclub.

Once one of Paris’ largest movie theaters distinguished by its neo-Egyptian facade, Le Louxor began as a Franco-American cinema before shifting towards Indian and Arab productions in response to changes in the local demographic. In 1987 it was sold and transformed into Megatown, the largest gay nightclub in Paris. It was then abandoned for more than a decade until it was bought by the City of Paris, who restored the building to its former glory and reopened 3 screens in April 2013.

La Peniche (Out Of The Ordinary)

La Peniche Cinema was launched in 2008, not in a grand Haussmann building along a frenzied boulevard, but on a barge moored the Canal de l’Ourcq in the Parc de la Villette. Short films, documentaries, mini-festivals, discussions and cultural gatherings are all on the agenda at this creative floating spot.

Located in the Parc de la Villette inside a steel dome, La Géode is the only spherical building in the whole of the Île-de-France region. Its OMNIMAX projector shows movies shot using a fish-eye lens that squeezes a 180° field of vision onto a 65mm IMAX film to recreate the original panoramic view when projected. The IMAX screen shows movies on science and nature, documentaries and even live streamings from the New York Metropolitan Opera.

Going to the Cinema in Paris

Just to reiterate, Paris is equipped with hundreds of movie theaters, including independent cinemas and large multiplex chains, such as UGC, Pathé and MK2. Visit www.allocine.fr/salle to find your nearest movie theater and view showings. TimeOut Paris also offers a dedicated film section with reviews and news about the latest film festivals and event openings. 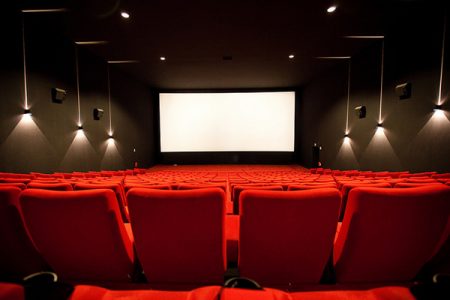 If you're visiting Paris and planning to go and see an English-language film, check in advance to make sure the showing is subtitled (sous-titré) and not dubbed (doublé) with the voices of French actors!

If you’re interested in culture in Paris, check out our article on unmissable concerts in 2017!