Tired of Paris’ tourist hotspots and looking to explore some more hidden parts of the capital? Look no further. If you’re already familiar with the city of light, you’ll know that it’s home to a huge network of underground activity (just to be clear, it’s legal activity we’re talking about here).

With its sophisticated metro and RER lines, colossal car parks, hidden bars and restaurants, it’s no wonder they call it the “ville gruyère”. Try coming to Paris without going underground at any point and you’ll really struggle!

Even the world-famous Louvre had to close earlier this year to protect some of its most priceless artwork from underground flooding! This post will tell you about a few of the city’s most essential, but lesser-known, underground attractions.

A once in a lifetime trip to the Catacombs

A vast, 280km network of tunnels beneath the city, the Catacombs of Paris hold the remains of over 6 million people. This ossuary was created in order to tackle the crisis of overflowing cemeteries in the late 18th Century.

The Museum is situated in the Place Denfert-Rochereau under the Left Bank. Visits take roughly an hour.

A word of warning: the removal of skulls and bones from the Catacombs is strictly forbidden- try to resist the urge!

Discover the vaulted tunnels of the Canal Saint Martin

The Canal Saint-Martin, which links the Canal de l’Ourcq to the Seine, might not look like an underground destination, but a journey along this scenic waterway includes 2.5km of mysterious vaulted tunnels!

There is almost no light along this 2.5km stretch save a few openings in the ceiling. Try to imagine yourself going back in time as a local merchant guiding his barge along the waterway.

You can embark from the Musée d’Orsay or Parc de la Villette. Prices and departure times can vary by month, so we’d recommend visiting the ParisCanal website. 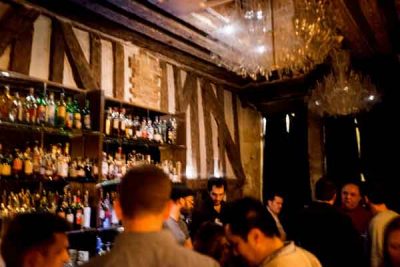 Get a flavor for Paris in the Sewers

While a trip down the city’s drains won’t appeal to all, for many the Paris Sewers are fictionally immortalized in Victor Hugo’s account of the “fetid, wild, fierce” tunnels though which the wanted Jean Valjean is pursued as he carries the wounded Marius to safety in Les Misérables.

The real sewers of Paris perhaps aren’t quite so romantic but the tours offered are informative and interesting, teaching you about the lives of sewer workers and methods of water treatment.

The museum is located beneath the Quai d’Orsay on the Left Bank. Allow 60 minutes for your visit. Short and sweet…

To find out more, see our full article on The Paris Sewers.

If you’re tired of busy, charmless tourist hangouts and want to feel more like a real Parisian, then you should check out one of Paris’ secret bars. And no, they’re not all literally “underground”, but figuratively speaking these are the city’s hidden gems.

Perhaps the most famous speakeasy in Paris, the Experimental Cocktail Club, now also found in London, New York and Ibiza, is a dimly-lit room that’s discreetly located on rue Saint-Saveur in the 2nd. Cocktails are original and prepared to the highest standard. Space is limited and it gets super busy late at night, so you’ll need to arrive early if you want a seat.

If you want to find out more, check out our full article dedicated to Paris’ Top 5 Hidden Bars.

This is by no means an exhaustive list of Paris’ “underground” scene, but if you’re hoping to do something a bit different, then these are great places to start! 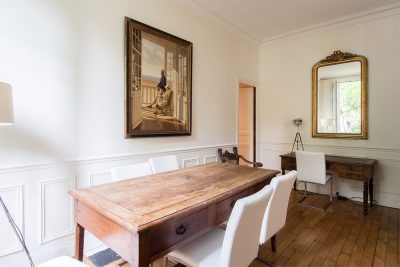 If you want to live in an “underground” part of Paris, check out our apartments in the 12th arrondissement of Paris!