Toulouse is one of France’s biggest cities and has a long history. Nowadays, Toulouse is going through a boom both economically and demographically so it represents an up-and-coming city in the South of France. Lodgis, the furnished rental specialist, has opened up its services to the city, so we feel we should offer an introduction to the city and what it has to offer.

Toulouse, situated in the Haute-Garonne department in South-West France, was settled in during the 4th century BC by Celtic people and during the 1st century the Romans occupied it and named it Tolosa. It became an important city as a military outpost under the Romans. After the Roman rule, it fell to the Visigothic kingdom and it again became a major city and even served as the capital of the Visigothic kingdom.

After this period, Toulouse fell under the rule of the Franks and it endured a dark period in its history for 250 years. It regained prosperity under Charlemagne as it again became a major stronghold of the empire and was established as the capital of Aquitaine. At the start of the second millennium, Toulouse was the capital of a quasi-independent country.

Wealth and prosperity were brought to the city during the 15th and 16th centuries due to a plant-based blue dye known as pastel which was sought after all over Europe at the time. A lot of the buildings in the city were built at this time with orange Roman bricks, which gave the city its name as ‘La Ville Rose’ (The Pink City). At the end of the 17th century Toulouse received an economic boost from the creation of Canal du Midi which gave it access to the sea. In the past 100 years Toulouse has equally been linked to aviation due to Pierre-Georges Latécoère establishing a plane building company, now Airbus, the number 1 in the sector in the world. 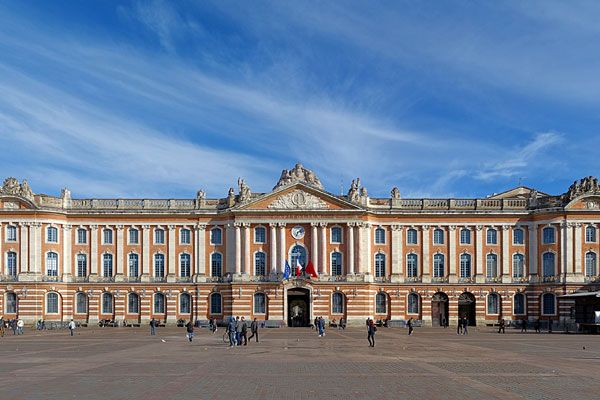 There is no Mairie in Toulouse, instead there is the majestic Capitole building which is home to the town hall, a theatre and rooms of state. The Neoclassical façade faces the square in front of it that shares the same name. The building itself is filled with impressive works of art with some breathtaking murals and frescoes that cover the walls.

The Basilique Saint-Sernin is a church that was constructed in a Romanesque style during the 11th and 12th centuries and is the largest Romanesque building in Europe, if not the world. The church has a high quantity of Romanesque sculptures that are very impressive. In 1998, the Basilica was added to the list of UNESCO World Heritage Sites as it is a key part in the pilgrimage to Santiago de Compostela.

The Cité de l’espace is a scientific discovery centre located on the eastern outskirts of Toulouse. It is focused on space and the conquest of space and it was opened in 1997. You can see full-scale models of rockets and space stations here, as well as two planetariums, interactive exhibits and an IMAX cinema. Check this place out if you can, it is a great place to visit for young and old people alike.

The Jardin Japonais is the perfect place for a relaxing stroll. The gardens are inspired by gardens that you would find in Kyoto, Japan. It is classified as a ‘jardin remarquable de France’ (a remarkable garden of France). Within it there is a rock garden with islands devoted to the crane and the turtle, a lake, a tea pavilion, a red bridge and a small Mount Fuji. The rare garden situated in the South of France, therefore, has some very quintessential Japanese elements. 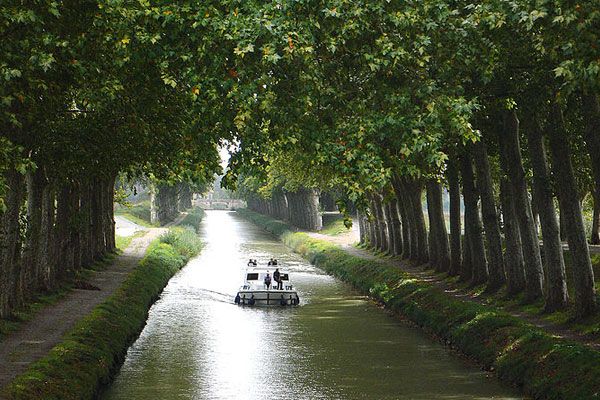 The Canal du Midi is a canal that connects the Garonne river to the Mediterranean sea. It is one of the oldest canals in Europe that is still in operation. At the time of its creation it was considered one of the greatest constructions of the 17th century. It was completed in the 19th century by the addition of the Garonne Lateral Canal allowing boats to reach the Atlantic as well. It has since been added to the list of UNESCO World Heritage Sites. You can travel the canal on foot, by bike or by boat. It is a lovely location to visit in summer under the shade of the trees with the peaceful walkways next to the green waters.

Toulouse is recognised as the world capital of aerospace engineering which attracts many businesses and professionals that work in the sector. Evidently it is the biggest French city in terms of aeronautics and space, but it also is the leader in France for health and cosmetics, so it has a worldwide standing in multiple sectors. As France’s 3rd biggest university city with almost 140,000 students enrolled last year of which 10% were international, it is obvious that the demand for furnished rentals, such as apartments or studios, is very high. Toulouse also has the highest demographic growth of any French city and the highest economic growth to boot. As such an up-and-coming, vibrant city, the demand for housing just keeps increasing, particularly amongst students and professionals in mobility. This is why Lodgis has opened its services up to the city, as it represents a great place to invest. 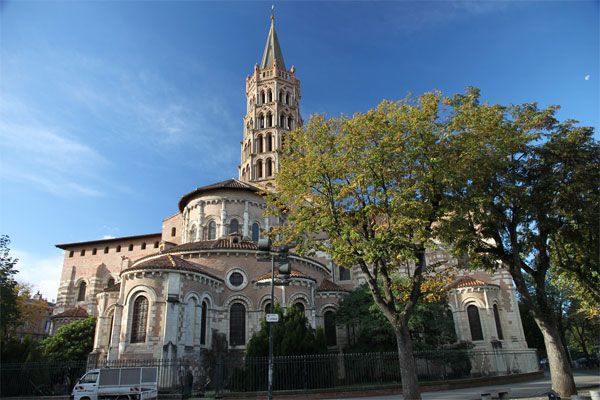 We hope you enjoyed our brief introduction to Toulouse. Stay tuned for more articles about what to do during your stay in Toulouse, as well as the other two French cities we are opening up our services to: Lyon and Bordeaux.

If you are looking to rent a property in Toulouse and for more information on our services, click here


If you want to find out more about another major French city, check out our article about Lyon