In Living in Paris, Moving to Paris, Paris for families

If you’ve just moved to Paris as an expat, making new friends in your new city is probably one of your biggest concerns. The French have an unfair reputation for being standoffish and they can be a bit harder to crack than other nationalities, something that a language barrier certainly makes more complicated. However, if you follow our five tips to make friends in Paris, you’ll find yourself making friends with expats and Parisians alike. Paris is full of wonderful people with whom you’ll get on fantastically… you just need to meet them!

Joining a sports team in Paris is a fantastic way to meet new people and to get to know them FAST. Nothing builds friendships faster than celebrating (or commiserating) at the pub after a hard-fought game. There are teams for every sport you can think of and the sky is the limit! If rugby is what you’re after, try the British Rugby Football Club of Paris, which trains once a week in Domont and has weekly matches. Perhaps you don’t want to leave your school days behind you and want to join a netball team, hockey team or soccer team? Baseball and quidditch are even options! If you’d rather stretch out with some yoga, Affordable Yoga offers yoga classes in English throughout the week, or if your goal is to burn calories you could take an anglophone spin class with Let’s Ride!

This website is an absolute godsend for expats that are looking to make friends in Paris. Regardless of your interests, you’re sure to find other people with the same passions as you. There are hundreds of different groups full of people looking to share their hobbies, many of whom are expats and English-speakers. However, this is also a great way to meet Parisians with whom you already have plenty in common and plenty to talk about, regardless of the languages you speak. There are also lots of language exchange events, often at bars around Paris, where people can meet up and try to speak different languages together! Find out more information here.

Meeting other expat families is undoubtedly much easier when you have children. A trip to the park, an invitation to a birthday party… lots of places means lots of opportunities!

There are also lots of bilingual or international mother and baby groups to meet other mothers. The group English speaking mums of Paris is highly recommended! Getting talking to other parents at your child’s school and arranging playdates for your children is another good idea, particularly if its an international school (find out more here) and there are other expats looking to make friends! You could also think about other community networks, such as English-speaking churches like St. Georges and the American Church in Paris, or simply your local French-speaking church, which most likely has plenty of community and family events. 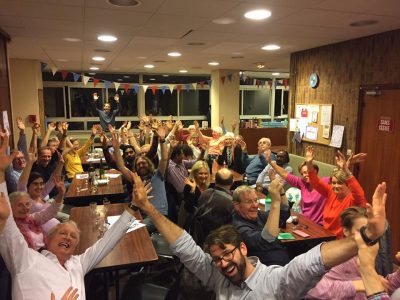 Taking a class will not only mean that you’ll learn a new skill, but that you’ll be thrown together with new people and almost forced to socialize! You could try a fitness class (check out our article on English-speaking fitness classes in Paris), a French class if you want to work on your language skills and meet other internationals, or even a cookery class if you want to get to know France with your tastebuds! 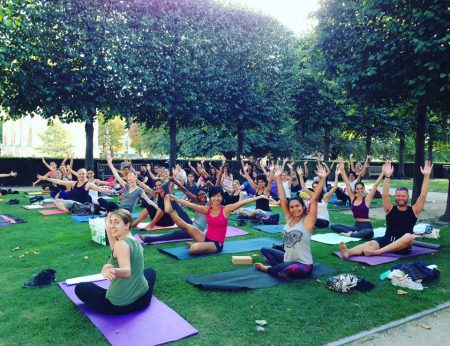 (it works, I promise!)
Luckily for bookworms, there are lots of different English-speaking bookclubs here in Paris. The Paris Anglophone Book Club is a monthly event where the members spend an hour discussing the book they have chosen for that month (often with a French theme, but not always), and then the next half an hour discussing any books that they have read over the previous month.

The American Library in Paris also hosts a monthly book group for library members on subjects ranging from biographies to poetry to history.

Finally, world-famous book store Shakespeare and Co. regularly holds events for its Citizens Book Group, which is more of a lecture given by a guest speaker about a certain book although questions and audience engagement are encouraged.

If you want to know more about meeting other expats in Paris, check out our article on the Top 10 expat groups in Paris!