In Living in Paris, Moving about in Paris, Paris for business, Practical Paris

A new fleet of electric bikes has recently been introduced to Paris to try and reduce pollution and congestion in the city centre. These new bikes, called Véligo, represent a step in the right direction to try and reduce pollution in central Paris and encourage more ecological alternatives to driving. We’ll be telling you all you need to know about these new electric bikes in the French capital.

On the 11th September, an army of 10,000 electric bicycles were introduced throughout the Ile-de-France region by a state-funded service run by the regional transport agency Ile-de-France Mobilités. The plan is for there to be 20,000 bikes eventually which would make it the largest electric bicycle rental system in the world. The idea behind this service is to reduce pollution from cars in the capital and to reduce congestion.

The bikes will be rented out on a monthly basis for €40 and the customers will be able to keep the bikes at their homes. It will be possible to get half of the monthly fee covered by your employers in a similar way to Navigo passes. So for just €20 a month, these bikes represent a very cheap way to own an electric bicycle for a relatively long time.

Currently only 1.6% of all commuter trips in Paris are made by electric bikes. The hope is for the Véligo bikes to increase this as you get to keep the bike at all times instead of renting one for short periods or having to fork out usually between €1500-2000 for your own electric bike.

There should be a high demand for them based off the success of the electric scooters in Paris and with more and more cycle lanes being put around the city, you can ride them on the road. They offer one of the best alternatives to using a car. They are great for short commutes to railway stations, for example, and can replace cars for these short commutes. There are bicycle parking spaces in Île-de-France stations.

Last year, 250,000 electric bikes were sold in France, compared to 2.7 million regular bicycles, so this initiative will encourage people to use and own an electric bike for a period of at least a month and they evidently represent a cheaper option than having to buy your own electric bike. The maximum duration that you can rent one of these bikes is for 9 months.

There are paid options and accessories that can be added to the rental bike like baskets, helmets, seats and helmets for kids, and a battery charger. These all cost a small price but are all readily available options. On top of that, they offer you insurance and lessons as well. 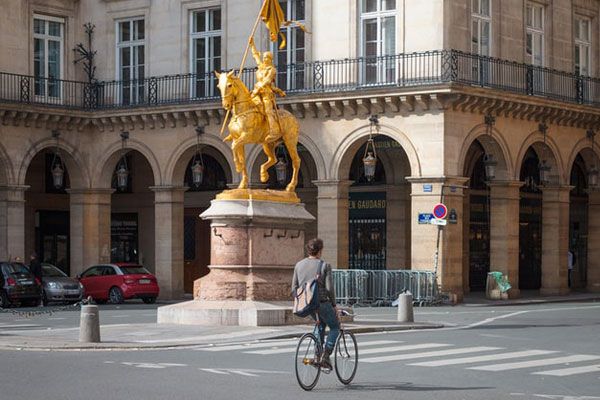 So there is our quick overview of the new electric bikes that you will see all around the French capital. If you are looking for a new way of commuting to work that you can use consistently and for not even that much money, then definitely consider getting yourself a Véligo bike.


Interested in more new modes of transport in Paris, read our article about electric scooters