Where to go on Bastille Day (July 14th)?

In Discover Paris, Paris for the first time, Practical Paris

Bastille Day is celebrated on 14th July to commemorate the storming of the Bastille during the French Revolution. It is a big national holiday and marks an important date in the French calendar. There will be lots of celebrations taking place in Paris, with fireworks, music, parades and more! Here are our tips and advice for planning your Bastille Day 2018 celebrations in Paris…

The grand military parade takes place on the Champs Élysées from the Arc de Triomphe to the Place de la Concorde from 10:00 until midday. The President inspects the troops before the parade begins, with an impressive military aircraft display and all the regiments will be taking part. It is a very popular and patriotic event that is broadcast on television.

Hundreds of people will line the streets to watch the parade, so expect huge crowds and make sure you get there early to get a good spot. It’s worth noting that many metro stations along the Champs Élysées will be closed or have restricted access during the parade. 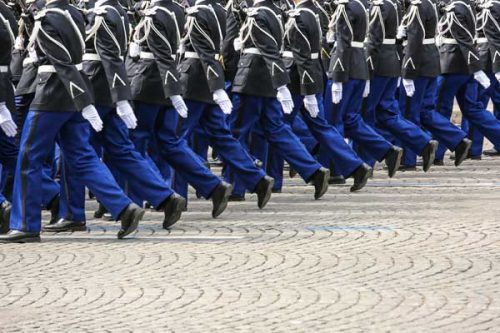 The fireworks display at the Eiffel Tower is another traditional part of the day’s celebrations and is not to be missed! The display begins at 11pm and if you’re planning on watching it from the Champs de Mars, be sure to get there early as it will be very busy! There are lots of other great places where you can watch the fireworks, such as Montmartre, the Centre Georges Pompidou, the Parc des Buttes-Chaumont or the Montparnasse tower. You could even try watching from along the banks of the Seine or on one of the bridges. 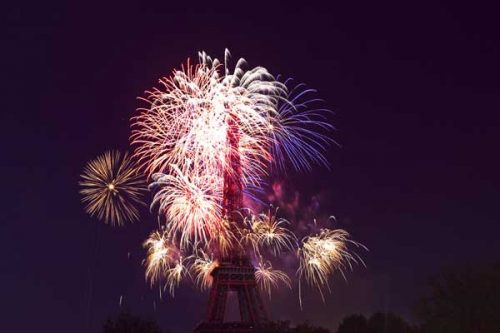 If you are planning to visit Paris during this period, Lodgis offers many furnished rentals in Paris’ 7th arrondissement, where the Eiffel Tower and the Champs-de-Mars are located.

Furnished apartment rental with a view of Paris

The annual Firemen’s Ball takes place at fire stations across Paris on the nights of 13th and 14th July. Some stations charge a small admission fee and others will ask for a donation which goes to charity. This is a great way to end the day’s celebrations, with live music, dancing, drinks and more! It starts around 9pm and can go on until the early hours of the morning!

– Bastille day is a public holiday, so some shops, museums and other public places will be closed.
– Some museums such as the Louvre will remain open on 14th July and will offer free entry to celebrate Bastille Day. Click here for more information.
– Some metro stations will be closed during the day or will be closing early in the evening, especially those near the Eiffel Tower and the Champs Élysées, so make sure you plan your journey in advance.
– Metro lines will be running until 2:15am, but not all stations will be open. Click here for more public transport information.
– In French, it is referred to as le quatorze juillet or la fête nationale, but not Bastille Day!


So as you can see there are plenty of things to do and ways to celebrate in Paris on the 14th July!


For more inspiration and ways to celebrate, check out our article on the best terraces and rooftop bars in Paris!