Where to live in Lyon

Lyon is one of the most beautiful city’s in France that has a lot to offer in terms of culture, parks, food, nightlife, etc. All these elements make Lyon an attractive prospect to live in for families, students and professionals alike. We are going to give some recommendations for where’s best to live in this great French city for these groups of people, so that hopefully you can take some inspiration for when you’re looking for somewhere to live for your time in Lyon.

La Guillotière is an underrated neighbourhood located in the 3rd and 7th arrondissements. It is an ideal place to stay for those on a budget who also want to live near to the city centre. It is home to three universities as well: Université Lyon 2, Université Lyon 3 and the Sciences Po campus. It is clear why this part of Lyon is ideal for students. The area itself is one of the most diverse in the city with a cosmopolitan population. Thanks to this there is a big choice of bars and restaurants that cater to all sorts of people. Prices for accommodation in the area are affordable and you can equally find flat shares.

Jean Macé is a lively part of the city, located in the 7th arrondissement, that has become the new bohemian bourgeois district, thanks to the opening of many original and trendy places over the years that has attracted many young people to stay in the area. It is located near to the city centre and has good transport links for the metro, tram and bus lines, as well as it having a train station which gives it good access to the wider area and other parts of France. In the neighbourhood you can also find Parc Blandon, which offers a good alternative to Parc de la Tête d’Or, where you can go for walks, to relax or even to play sport. With 2 universities in the 7th, it is clear to see why it is very popular for students, so most people that live there are young and 70% of inhabitants rent their homes. 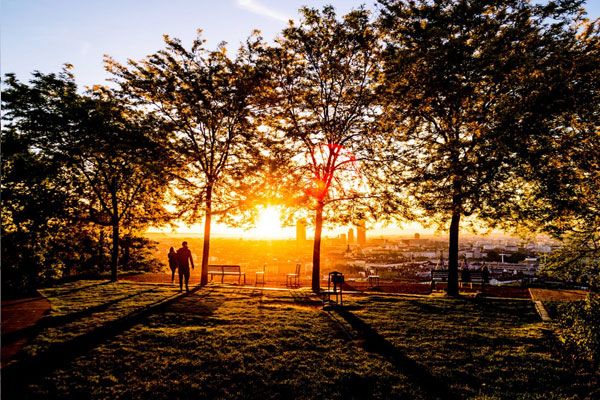 Situated above Vieux Lyon in the 5th arrondissement, Fourvière Hill is known to the locals as ‘the hill that prays’ due to the famous Basilica of Notre Dame being found on it. This magnificent basilica can be seen from most places in Lyon, so if you’re living on the hill you get a great view of the rest of the city. The district itself is quiet and tranquil which is just ideal for families. It has several parks as well, like Parc des Hauteurs and Parc de la Visitation, which again give a great view of Lyon’s skyline. The ancient theatre of Fourvière is also found here. With many historical landmarks and picturesque settings, this area is perfect for any family. 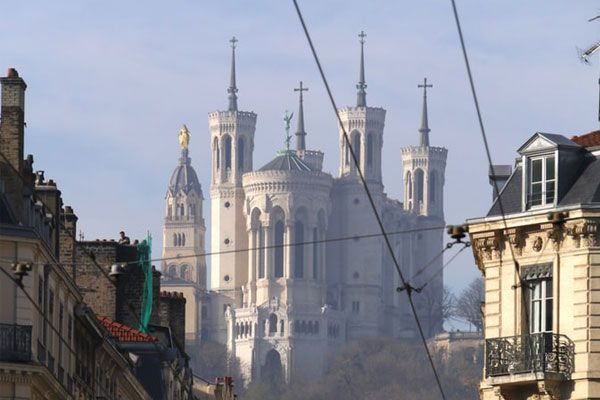 Les Brotteaux, located in the 6th arrondissement, is a district rich in Art Deco architecture and it is also home to some great French food thanks to its restaurants. In recent years, it has become one of the most luxurious areas in Lyon. It is a residential sector which has become a lively and attractive neighbourhood to live in, especially for families. Located at the heart of the chic 6th arrondissement near things like the Parc de la Tête d’Or, one of the biggest parks in France, and the train station Gare de la Part Dieu, Les Brotteaux has many assets for its residents. It is the place to be for Lyon’s finest gastronomy with many Michelin star restaurants found there. The neighbourhood is for those with a higher budget, but is definitely one of the nicest areas to stay in for families in Lyon.

La Croix-Rousse is a picturesque and lively part of Lyon which holds an iconic place in the city’s history. It used to be a separate village that focused on silk production, but is now very much a part of Lyon. From the hill it sits on you get a beautiful view of Lyon. The inhabitants of the area are diverse, so you will see all classes rubbing shoulders. It has the atmosphere of a village with its daily market and its squares surrounded by bistros, however it is found in a city. There is a very gentle way of life here in the old district of La Croix-Rousse, ideal for any expat looking to wind down whilst still living in a city. 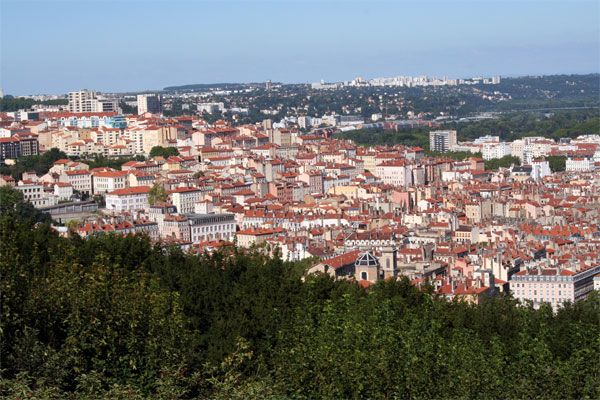 La Part Dieu is Lyon’s leading business district and the second largest district in France for the service industry and decision making. It’s a part of Lyon that is extremely accessible thanks to the TGV station, public transport and airport access. It’s one of the leading business districts in Europe with more than 2,200 companies in it’s 1 million m² office park and continues to develop rapidly. However, La Part Dieu is not just a district where people work, it’s also a pleasant place to live, go out, relax and learn. It is also known for its commercial spaces, sports facilities and cultural sites. Therefore, La Part Dieu represents a great place for any professionals looking for accommodation in Lyon.

La Confluence district, located on the banks of the Saône, has been renovated in recent years as it used to be an industrial wasteland in Lyon, but is now an extension of Lyon’s city centre. Situated near the accessible Perrache, La Confluence attracts many companies, particularly those in the service industry and in media. By 2025, this business district in Lyon should have 600,000m² of office space compared to 125,000m² today. It represents an experimental district that is also committed to being ecological. It combines shops, housing and offices, to create a contemporary and forward looking part of Lyon. 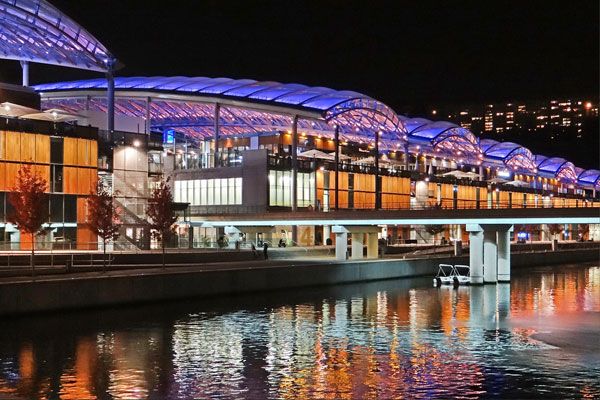 So there you have it, our recommendations on where to live for your time in Lyon whether you are a student, a family or a professional. Lyon is France’s third biggest city, so there are obviously many more parts to it that we haven’t mentioned, but the places we have mentioned are definitely some of the best the city has to offer.


Interested in finding out stuff to do while you’re in Lyon? Check out our article Visit Lyon: Top 5 best activities