5 things to do in Paris at Christmas

After being in Paris over the Christmas period for the past 3 years, I can undoubtedly say that it is one of the best times to be in the city. Everything feels more cozy and more magical. I love a traditional French Christmas, with midnight mass and a bûche de Noël, but as a British expat the Christmas season makes me yearn for mince pies and a Christmas pudding to set on fire! Here are my favorite things to do in Paris at Christmas, with a few tips for expats!

1) Christmas markets with a twist

Christmas markets in Paris are undoubtedly a favourite activity for Parisians during winter. They boast delicious cheesy concoctions like raclette and tartiflette, vin chaud, sausages, hot chocolate, nutella waffles and lots of different gifts and tree ornaments. But my favorite market is a bit more unique: the Christmas market at La Recyclerie. The urban farm/restaurant/community center in Northern Paris hosts an environmentally and ethically conscious Christmas market at the beginning of December. Here the idea is to support artisans and small, local businesses by buying ethically made products. 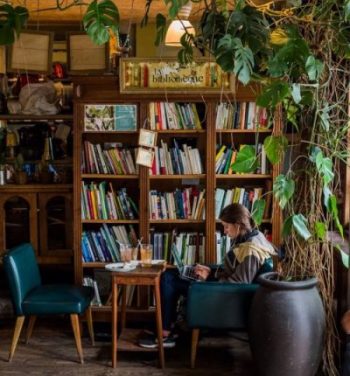 After all that excursion, you deserve a reward! To continue the typically Parisian Christmas Experience, walk a few minutes to the Jardin des Tuileries and go up in the ferris wheel installed there! The view is absolutely amazing!

Then head further in to the Jardin des Tuileries, preferably around dusk, to enjoy the gardens and the fresh air. From mid-autumn street vendors there start selling roast chestnuts, which are still hot when you buy them! Get the biggest bag possible and don’t forget to say yes to salt! Finish your foody day at Angelina, a tea room famous for its hot chocolate that is so thick you have to eat it with a spoon! 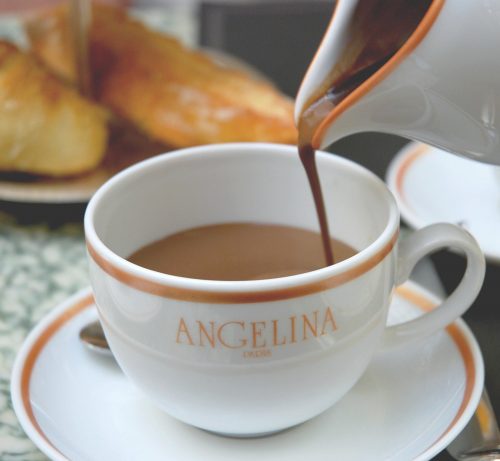 If you’re anything like me, Christmas is the time of year when you just can’t stop singing! Unfortunately Christmas carols seem to be pretty country-specific and don’t seem to be shared across the Channel or the Atlantic. But don’t worry, head to the Institut Culturel Irlandais or Saint Michael’s, an Anglican church, for a traditional British carol service complete with mince pies, the American Church in Paris or the American Cathedral in Paris.

A carol service is NOT the same as a carol concert. Not only are you expected to sing too, but you don’t clap after the song finishes!

4) The Crèches in churches around Paris

Yes, people may decorate their homes with crèches at Christmas in other countries, but NOBODY does it like the French. This is a tradition said to have been started by Francis of Assisi in 1226, but the French take it to another level by recreating village life around the stable and the manger. This includes bakers, farmers, washer women, a hunter and a happy little man with his hands in the air (le ravi). Just don’t start asking why Bethlehem 2,000 years ago looks so much like a 19th century French village… Normally, every year the Notre Dame cathedral sets up their enormous crèche. It’s a few meters long and some parts of it move. Unfortunately, Notre Dame is closed this year following the fire earlier in 2019, but there are other great crèches in Paris in churches like the Sacré Coeur Basilica, the Eglise de la Madeleine and the Eglise Notre-Dame-de-Nazareth. 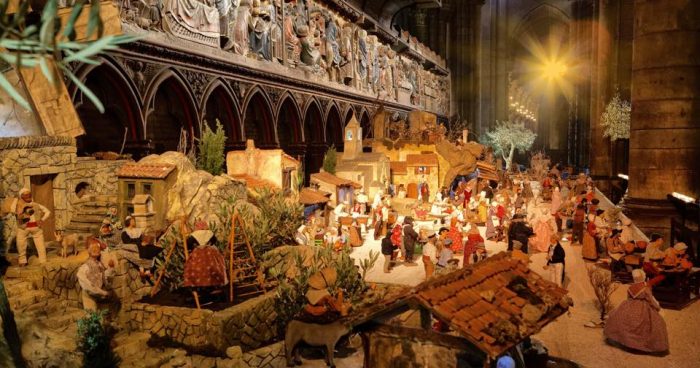 Every December Galeries Lafayette, Printemps and Le Bon Marché put up the most amazing Christmas lights and window displays. These are always completely unique and utter works of art, framed in the windows of France’s most famous department stores and covering some of the most famous streets in Paris. Enjoy a good session of window licking, what the French call window shopping, and squeeze in some last minute Christmas shopping. 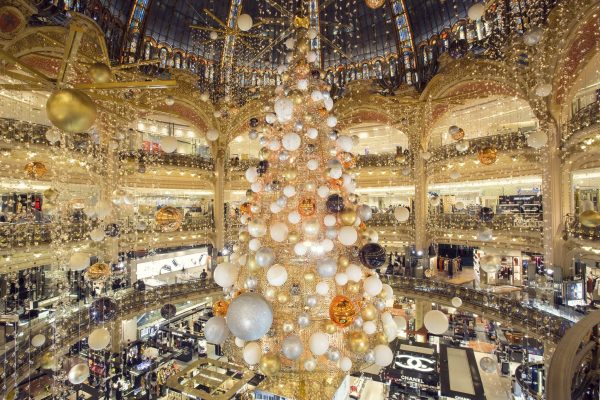 If Christmas makes you desperate for mince pies, head to Marks and Spencers to buy mincemeat to make your own or to buy them ready made. Americans and Brits alike can also head to Thanksgiving to stock up on pumpkin pies, cranberries and even turkeys!

If you want to know more about what to do in Paris at Christmas, read our article on Christmas markets in Paris!