Starting a new life in the City of Lights is very exciting when you’re an expat. Paris is a beautiful city and it’s easy to see why so many people have fallen in love with the French capital. However not everything goes smoothly at first and it takes time to adjust to the new culture and lifestyle. To help you prepare and better adapt to your new life as an expat in Paris, here is our list of 10 culture shocks that expats may face when coming to Paris.

This is one of the most well known stereotypes about France and unfortunately it’s completely true! Be prepared to bring multiple photocopies of all your important documents with you, as you will need these for opening a bank account, getting insurance, and even a phone plan! Paperwork and applications take a long time to be processed as lots of documents are still written and posted rather than being emailed or filled out online, so you just have to learn to be patient! For expats moving to Paris, don’t expect everything to happen quickly, especially when it comes to administration. You may find yourself waiting for several weeks for some documents to be received or approved etc.
It’s also worth noting that working hours are often later in France, with many businesses and shops opening at 10:00 or sometimes later in the morning.

In Paris you can find a pharmacy on practically every street, which just go to show that Parisians take their health very seriously! A pharmacy is the place to go to buy painkillers and other types of medicine, as you cannot buy these in supermarkets. They also stock a wide range of beauty and skincare products. For British and Australian expats coming to the capital, remember that they drive on the right side of the road in France! It’s also important to note that pedestrians don’t necessarily have right of way in Paris. Be careful when crossing roads as not all cars will not stop for you.

In France some shops close earlier, and many places are not open on Sundays, so make sure you are prepared for this by doing all your shopping earlier in the week. You might find that you have to go to different places to buy different things, for example to the market, bakery, butcher, etc. It may seem like a bit of a hassle at first, but you’ll soon see that the quality is so much better! There is definitely some truth behind this stereotype. Strikes seem to be a fairly common occurrence in France and they seem to last much longer than in other countries. It’s not uncommon for different sectors to be on strike at the same time, such as transport, schools, airlines and other public services. Although many French people may be used to this, it can be difficult for expats to adapt to this strike culture.

It may be the quickest and most efficient way to get around Paris, but it’s not always the most pleasant. It’s worth noting that not all Parisians are very polite on the metro, especially when it’s crowded and during rush hour. Be prepared for pickpockets, people invading your personal space, jumping over barriers or walking through right behind you to avoid paying for a ticket etc. Food is an important part of French culture and expats coming to Paris will soon discover this. It’s a city where you’re never too far from a bakery and long lunches are considered normal. You’ll also discover the truth behind the stereotype that the French eat lots of cheese and drink lots of wine! 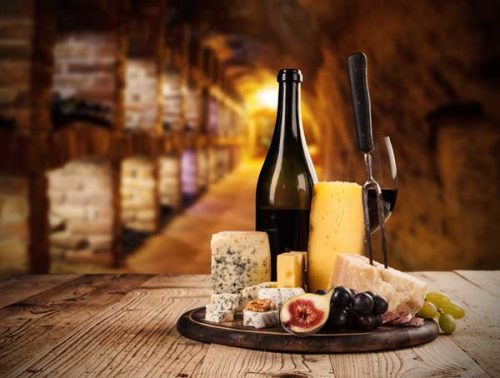 It is always polite to say bonjour, for example when entering a shop. La bise (cheek kissing) is used for greeting friends and family etc. This may feel strange at first for expats as it is a custom unique to France, but you’ll get used to it eventually!


Moving to Paris as an expat is such an incredible opportunity and there are so many amazing new things that you’ll discover. Hopefully this list will help you prepare for the culture shocks ahead of you and ensure a smooth transition into your new life in Paris.


Have you experienced any of these culture shocks? For more advice, check out our article on how to adapt to the Parisian lifestyle.