A guide to Paris’s Velib’ bikes

In Living in Paris, Moving about in Paris

Using a bike is a great way to explore and get around the city. Paris’s Vélib’ system is an environmentally friendly initiative that aims to limit the number of cars on the roads and reduce air pollution caused by heavy traffic in Paris.

As part of these measures, the city of Paris is encouraging more and more residents to start cycling.

It is very easy to get around Paris by bike. It’s safe, too, as long as you’re sensible – wearing a helmet isn’t compulsory, but it is advised! In fact, thanks to the mayor of Paris’ initiative to introduce 30km/h zones across the city, cycling is safer than ever.

There are lots of bike lanes available, as well as some bike-friendly bus lanes. To plan your route, use the map below or download the
Velib’ or Citymapper apps. 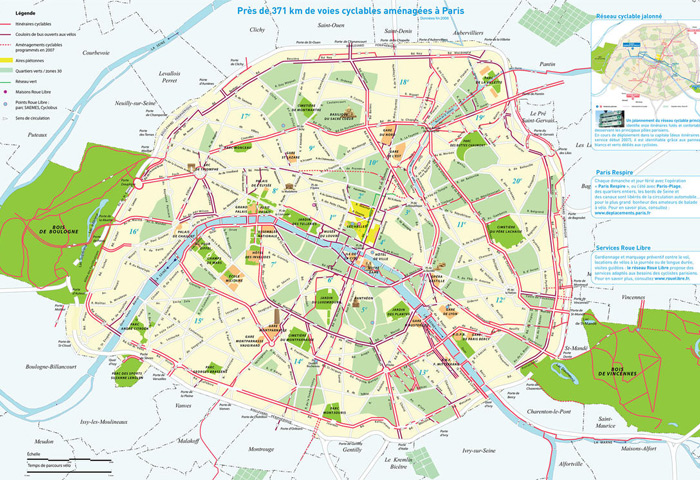 The city of Paris has been running a self-service bike sharing system since July 2006.

It is easy to use: you can rent a bike for a certain amount of time. There are different subscriptions and passes available for regular users and young people, depending on how often you use your bike.

A basic subscription starts at just 3.10 € a month and when you rent a bike the first 30 minutes are free and each additional half hour is 1 €. With the electric bikes, the first 30 minutes costs 1 € and each additional half hour is 2 €. You can also buy a one day pass for 5 € or a 7 day pass for 15 €. If you are an occasional user, you don’t need a subscription. It only costs 1 € for 30 minutes and for the electric bikes, 2 € for 30 minutes. You can view all the prices and details here.

Note: in some regions of Paris, the self-service bike system is managed by different organizations and is therefore not called Vélib’. You will find “Cristolib” in Créteil, “Velcom” at Plaine-Commune, or even “Velo2” in Cergy-Pontoise. A Vélib’ by any other name is just as good!

The Velib system is well developed, with a large number of stations and bikes available in Paris and the surrounding area. 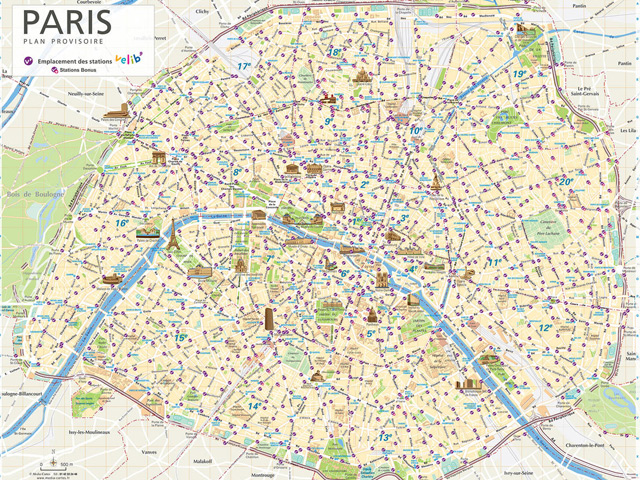 Paris 2020: cycling capital of the world!

The Mayor of Paris wants to make the city the cycling capital of the world by 2020. In order to do this, many new reforms have been introduced to encourage people to get on their bikes!

In 2017, plans to construct new bicycle lanes on Avenue des Champs-Elysées, rue de Rivoli, the Left-Bank of the river Seine, and Avenue de la Grande-Armée were introduced, as well as new lanes in the 14th and the 16th arrondissement. This project falls in line with the environmentally friendly measures established after the COP21 conference and aims to tackle car traffic in Paris.

Lots of changes were also introduced in January 2018 in order to improve the system: new tariffs, electric bikes and more stations are all part of the plans to encourage you to start cycling! Electric bikes mean you can now charge your phone whilst you cycle. And thanks to the V-box on the new bikes, you can connect your phone to the screen via Bluetooth to check maps and your journey stats.

Lots more stations are being built for the new bikes – as of Spring 2019 there are about 1200 in service, with a target of 1400 by 2020. The boundaries of the system have also been extended to surrounding areas and suburbs, meaning you are not limited to central Paris.


So now there’s no excuse! Cycling is becoming a more popular, safer and environmentally friendly way to get around Paris, so why don’t you give it a try?