Paris is officially a candidate to host the 2024 Summer Olympics!

The news was confirmed by a French tennis star. Jo-Wilfried Tsonga posted a tweet announcing Paris’ official application to host the 2024 Summer Olympics!

The official logo for 2024 Olympic Games in Paris appeared on the Arc de Triomphe on 9th February 2016. It’s the number 24, representing the last year that Paris hosted the Olympics (in 1924) but also the year that Paris wants to host the Olympics and in which it could celebrate its centennial. The numbers are the shape of the Eiffel Tower and the colors from the top to the bottom represent the French flag and fade into colors corresponding to the Olympic rings.

This colorful symbol is full of energy, passion and ambition. The official slogan is “Made for Sharing” and was presented few days later on the Eiffel Tower.

Paris wanted to highlight its sense of sharing and togetherness, since after the Olympic Games represents every country coming together to share sport and healthy competition. 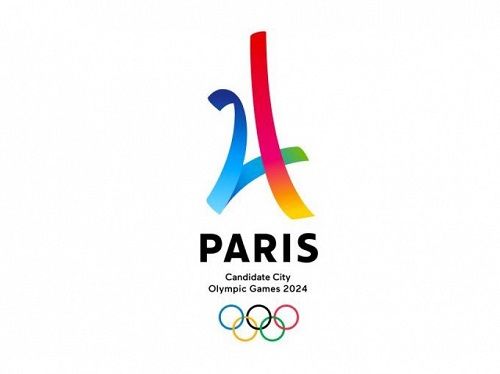 Paris recently received the International Olympic Committee in order to submit its Olympic Games Plan for 2024.

The members of the IOC confirmed that Paris passed the test! So, on September 13th 2017, the city organizing 2024 Olympic Games will be chosen after deliberations in Lima, Peru.

Paris application to the 2024 Olympic Games isn’t only supported by the population but also by its new President, Emmanuel Macron, who insisted to talk to the IOC members and who will be in Lima to hear the official decision.

Furthermore, big names of sport gathered to share their enthusiasm about holding the 2024 Olympic Games hosted in Paris such as: Teddy Riner, Laura Flessel, Jo-Wilfried Tsonga and Emmeline Ndongue, to name but a few.

One of the biggest legends in football, Zinedine Zidane, is the zmbassador for 2024 Olympic Games. He joined Karim Benzema, the former Paris Saint-Germain coach, Laurent Blanc, as well as the committee co-executive and three-time Olympic champion, Tony Estanguet, to take a picture showing their support for Paris’ application.

An ambitious yet realistic application

Paris has the advantage of many sports centers which the city will use for the 2024 Olympic games. Thus, the already existing venues will be of use to welcome sportsmen and fans, even if some new ones are to be built before the beginning of the competition, which allowed the city to estimate a budget of approximately 6 billions of euros respecting the limits imposed by the IOC which will be partly financed through private funds. 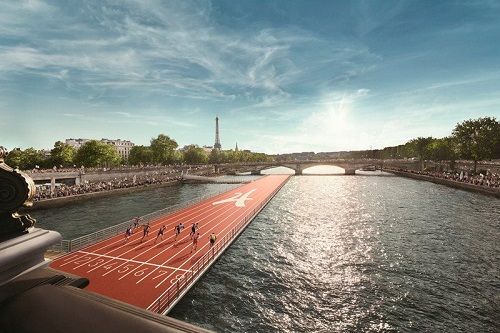 Public transports is also a huge advantage of the city, in both a practical and eco-friendly sense.

2024 Olympic Games will enter the “Grand Paris” project, which will create more links between Paris and its surrounding area, with many events taking place in Seine-Saint-Denis area.