SeaBubbles: a new, greener way to travel coming to Paris

In Living in Paris, Moving about in Paris, Parisian Lifestyle

SeaBubbles, a French start-up company created by Alain Thébault and Anders Bringdal, has developed a hydrofoil taxi that can travel on water and could help alleviate congestion in major cities around the world. These hydrofoil taxis can fit up to four passengers and one pilot, and can become an eco-friendly alternative to actual taxis, as well as other modes of transport on land. Here is some information about the latest form of transport coming to the French capital.


These taxis, called Bubble’s, produce zero wave, zero noise and zero CO2 emission. They represent the only zero-impact transportation system ready for the present. They use electric energy, with their power being replenished at the docking station by using a mixture of solar panels and turbines to charge the batteries. This is good news for Paris which experiences high levels of pollution.

These Bubble’s are about the size of a car and can travel at a speed of 30km/h, which is a lot quicker than the normal speed permitted on the river Seine, which is between 12 and 18km/h. This means that they are able to travel the City of Lights in only 25 minutes in an ecological and soundproof way. 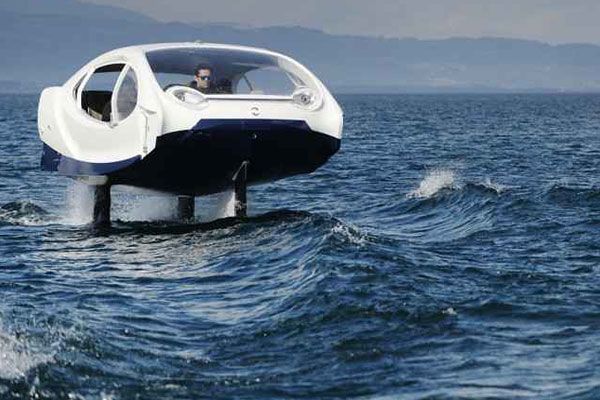 The hydrofoils lift the Bubble’s hull out of the water, so when it reaches 12 km/h, the Bubble will start flying above the water, creating a very smooth ride that could help prevent seasickness. The drag reduction on these fast and efficient taxis makes for a smoother riding experience, even in choppy waters.

The futuristic water taxis use a 20 kilowatt-hour battery pack that’s equipped with dual 10-kilowatt motors. These features mean that the Bubble’s can last for an hour on the water before needing to be recharged. They clearly offer a unique way of transporting people that is more ecologically beneficial and is less taxing on the roads.

This new mode of transport has been tested on the river Seine a couple of times now. Firstly, in June 2017, when the mayor of Paris, Anne Hidalgo, tested out the prototype and more recently in September 2019, when it was again tested on the Seine. Anne Hidalgo is an advocate of these water taxis as she believes that river transport is currently underused and that this initiative should help to relieve urban traffic congestion in the long run. 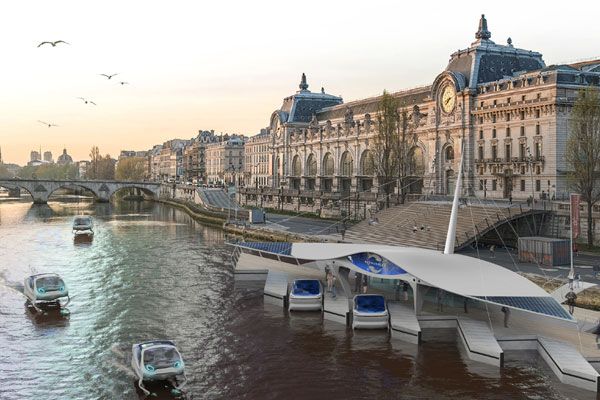 The plan for the company is to launch the SeaBubbles in Paris next year in Spring once it passes regulations. The plan after that is to launch an autonomous version later in the year in the French capital. In the next 5 years, the company sees itself operating in 50 cities around the world, as these new water taxis are slowly integrated into city transport systems and they become a normalised mode of transport.


So there you have it, the new way to travel coming to Paris. This new form of transport that is previewed to come to the capital at the start of 2020 is a step in the right direction for trying to reduce pollution and traffic in the French capital. It also offers a new experience for travelling in Paris. Keep an eye on the news for when these futuristic water taxis become available to the public in Paris.


Want to know more about ways to travel in Paris? Check out our article about electric scooters